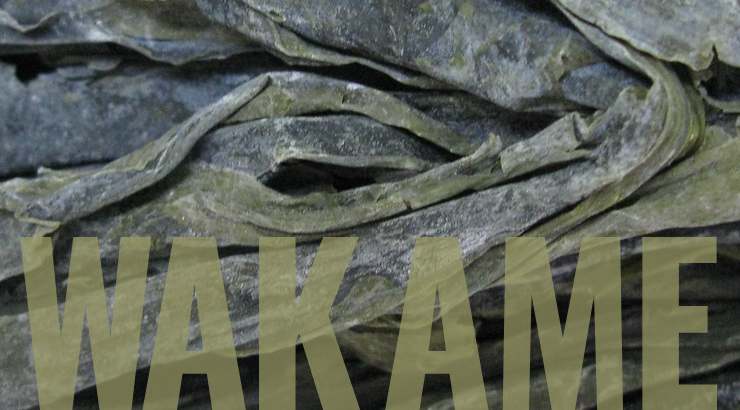 While surfing the Internet I came across a recent study that Seaweed Kills 80% of Lung Cancer Cells and reduces Risk in Humans [1]. New Zealand researchers found that an extract of the common edible seaweed Undaria pinnataifida (wakame) killed up to 80% of human lung cancer cells in the lab. The same extract also potently suppressed breast cancer, ovarian cancer, colon cancer, skin cancer, and neuroblastoma cells [2].

Clinical trials of people who eat sea vegetables and algae are generally lacking to support definitive therapeutic recommendations for seaweed. However, analysis of seaweed has shown it to be an extremely good marine resource, it is a very nutrient-dense in minerals, vitamins, and trace elements (eg, calcium, magnesium, iodine, selenium), making them an important nutritional resource, especially when compared with terrestrial sources of trace elements and minerals. Seaweed contains several unique compounds such as fucoidan and fucoxanthin—both of which are known to be toxic to numerous different types of cancer cells.

This is very positive news, but many busy people do not have the time to prepare and cook seaweed, and eating it for 5 days every week becomes impractical. Many seaweed snacks sold in stores have a high sodium content and the low-fat low sodium varieties are not to everyone's taste. Then there are concerns about toxins and heavy metals that now pollute our seas or dried seaweed purchased over the Internet may contain worrisome levels of arsenic.

What's more, the nutrition can deplete during cooking or the serving sizes are not large enough to get a decent boost in these nutrients. The density of nutrients can also be affected by the waters and the water temperature in which it's grown. The iodine content in seaweed, for example, can and does vary greatly.  Then, of course, too much of a good thing can also be harmful to your health.

So that's it for this short blog post. I hope you found some value in the information?

“Love is like seaweed; even if you have pushed it away, you will not prevent it from coming back.”

Hello, my name is Ollie. I am an home business entrepreneur, coach and blogger living near Brighton, UK. This is my blog, where I post my photos, news about home business streams, share resources and marketing tips. I also help busy people to detox, lose weight & achieve optimal health with a fast easy certified organics program. DM me here.

Hello, my name is Ollie. I am an home business entrepreneur, coach and blogger living near Brighton, UK. This is my blog, where I post my photos, news about home business streams, share resources and marketing tips. I also help busy people to detox, lose weight & achieve optimal health with a fast easy certified organics program. You can reach out to me here

What’s the difference between Probiotics vs. Prebiotics vs. Synbiotics?

How To Quickly Clear A Blocked Nose Using Essential Oils

Rooibos Tea And Its Health Benefits

13 Quick Ways To Soothe Dry Eyes And Protect Your Vision

The Amazing Benefits of Reishi Mushrooms

The Health Benefits of Maitake Mushrooms

The Truth About Stress Effects On Your Health Is About To Be Revealed: Top 7 Causes You Need To Know

PS: The cost of living crisis is real and getting worse.

I show people how we are beating the cost of living crisis by earning enough money to make their bank account bigger and their bills smaller. If you'd ever like to know, I'll be glad to show you.